Bulk fermentation: what is and how affects the texture of a pizza

Some details related to a phase of the dough fermentation to understand how to give our pizza the desired texture.

Column by Marco Cappiotti — 1 year ago 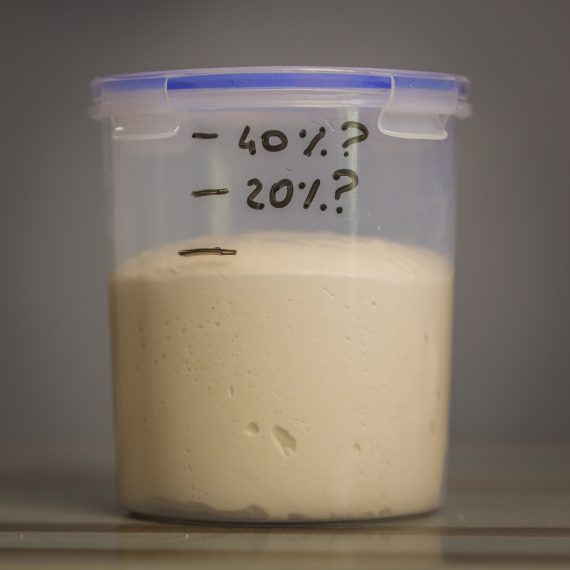 The following article was written by a reader of our website. Marco Cappiotti is a pizza-maker and also an artisan who crafts wood-fired ovens in New Delhi, India. Marco explains to us some details related to the process of pizza making: bulk fermentation.

What is bulk fermentation?
The period that passes from the moment in which the dough is complete to the moment of the balls shaping is called bulk fermentation. Sometimes it is done on the workbench with the dough covered with a wet cloth, other times in a closed jar. In this phase, the dough “pushes” to the edges of the container when it grows. We can deduce it should be made in a jar narrow enough to allow the dough to push to the sides of the container and should be done for a period that allows it to grow vertically.

What is the purpose of bulk fermentation?
During the bulk, a series of things happen: the leavening takes place in a more pronounced way since the mass develops and retains more heat. When it is carried out in a jar the developing pressure has a significant impact when the dough ferments with the passing of the hours. Ultimately it can be said that the bulk fermentation makes the dough more “explosive”, and consequently makes the final product more alveolate and voluminous, giving a higher rim to a round pizza.

How to do it correctly?
A classic recipe could explain the episode in an inaccurate or incomplete way since it describes what happens only in terms of hours and temperatures: if we know, for example, that the dough has been closed at 24 degrees and that it was stored in the refrigerator for 24 hours, we have no idea of ​​how long it will take for it to cool down. Some refrigerators may be more efficient than others, also the size of the dough slows down the cooling in proportion to its mass. The faster it cools, the faster will stop growing.

It is important to understand that bulk fermentation works according to the time and the growth and pressure developed. Therefore, if we want to be methodical and get the most out of it to reach predictable effects, we must follow these steps:

1. Establish a certain number of hours (also considering that after a certain time bulk fermentation becomes counterproductive).
2. Set a certain percentage of growth.
3. Use a tight jar in such a way that we can exploit the pressure described above and quantify the growth. Once the dough is placed in the jar we mark a sign. Then, at the end of the fermentation, we check the vertical development. 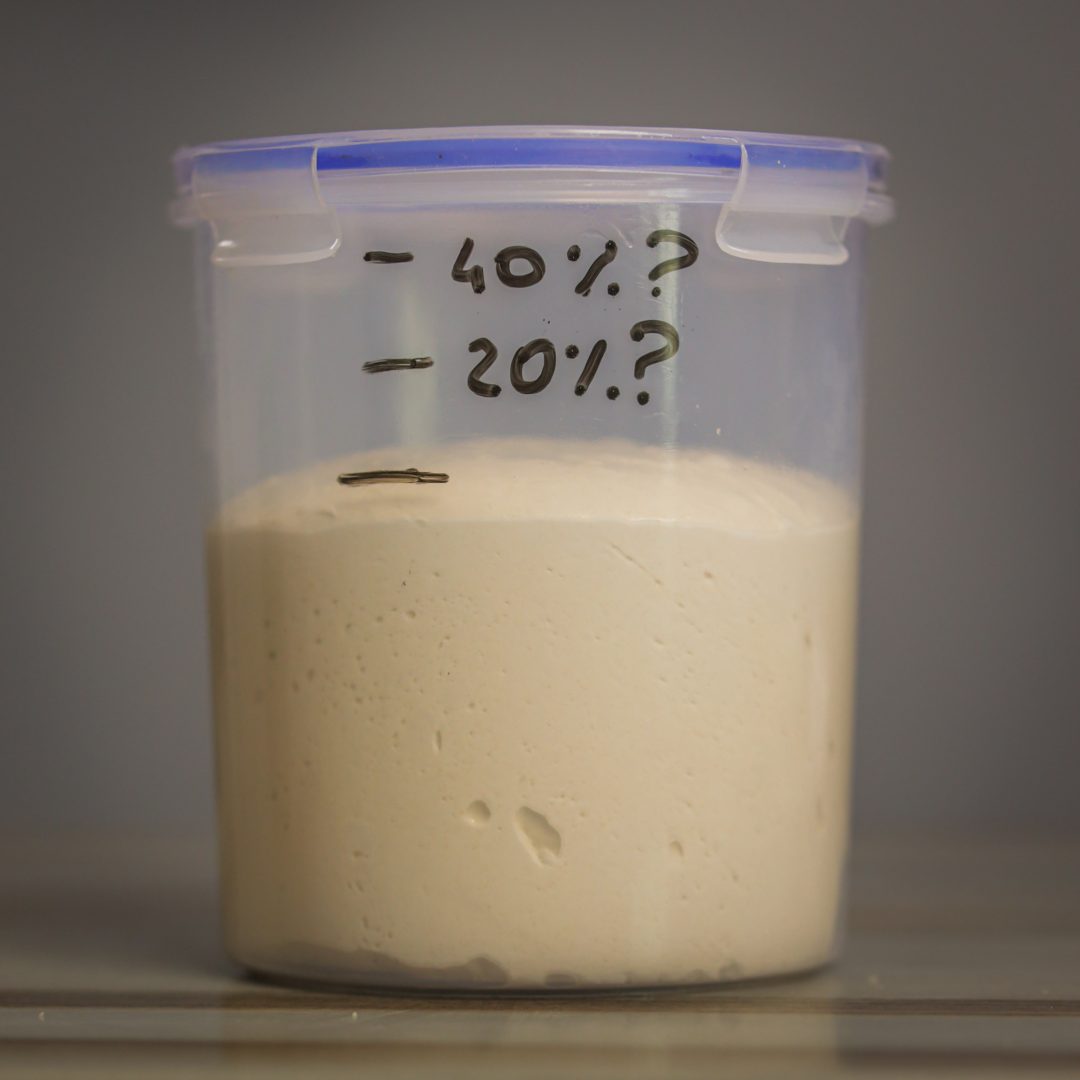 It might be necessary to do a couple of tests and change the temperatures and quantities of yeast to obtain the desired result. With small doughs, it is often necessary to let them rest at room temperature before putting them in the fridge. This phase must be methodically avoided with larger doughs, to avoid excessive growth.

For round pizzas with normal hydration, it is better to have growths of around 30-40%. If the mass doubles we will get firmer pizzas, on the contrary, high hydration pizzas such as pizza by the slice or Roman pizza alla pala need a 200-300% growth (i.e. double-triple) since a lower growth would let to a soft dough and a less alveolate pizza.

Finally, if we are dealing with doughs with high yeast contents or tendentially firm because they have not fermented enough we would be forced to reduce the time of the bulk fermentation considerably – even less than an hour – or the resulting dough will be too hard to stretch.