From the longest to the most expensive: a journey through the records established with our favorite food.

Column by Giuseppe A. D'Angelo — 2 years ago 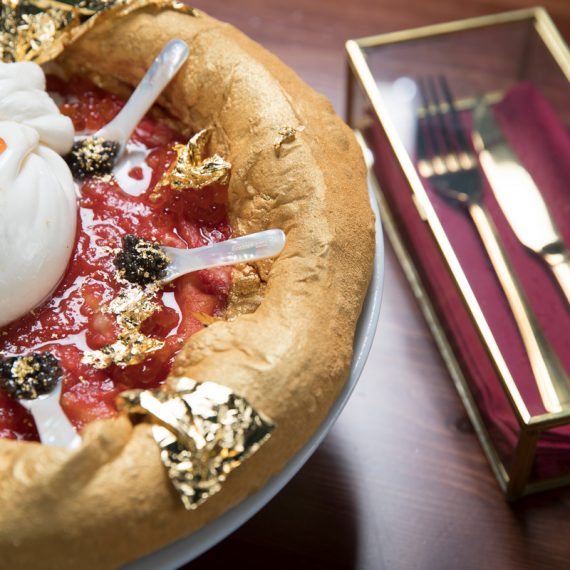 The whole world agrees pizza makes everyone happy. Every country has its version, and it’s the quintessential comfort food. Therefore, it’s only fitting that pizza is quite popular as the subject of a worldwide popular brand: the Guinness World Records.

In this article, we are going to list all the pizza world records. Mostly they’re in the famous book, some of them have not been certified, but still deserve a place in this list.

It’s hard to forget that big attempt in 2016 at breaking the record for the world’s longest pizza. The huge event happened in Naples, gathering 250 pizza makers and thousands of people on the promenade by the seaside: the certified pizza was 1853.88 meters long. Too bad the record was broken again in the States only a year later: in the city of Fontana, California, the longest pizza measured 1930.39 meters. The record is still unbeaten today, held by the Americans. But, we can take solace in remembering our event, held in the most beautiful setting in the world; compared to the US event, which happened inside an autodrome. 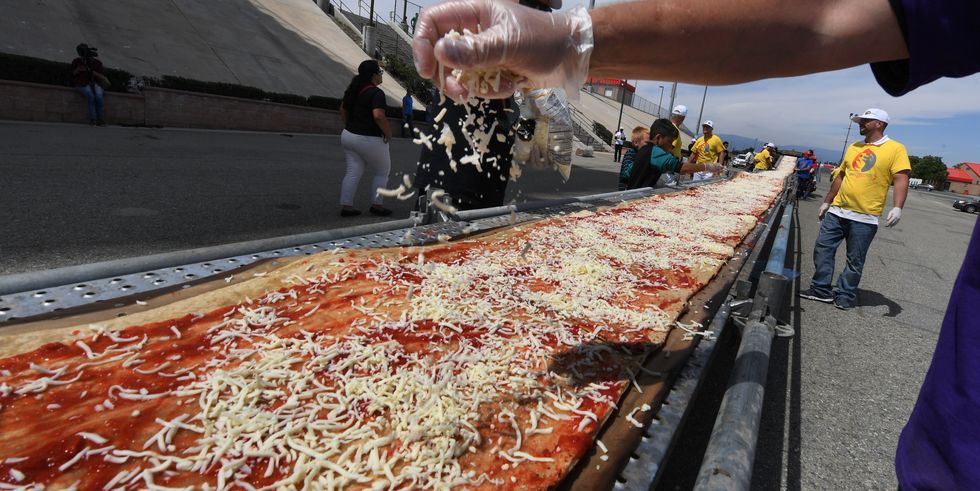 Italians, though, still hold the record for the largest pizza in the world: 1261.65 meters, made in 2012 in Rome by several pizza makers from the NIP Food association. Also, in 2018, the APN association and the Rossopomodoro restaurant chain, realized the world’s longest fried pizza: 7.5 meters.

There’s also the world’s longest calzone: measuring 18.22 meters it was made in 2019 at the Vaughan Pizza Fest in Ontario, Canada.

In 2016 Brian Edler, a pizza maker at Domino’s in Findlay, Ohio, made 206 pizzas in one hour. But, looking at numbers, the most impressive records are made in teams. In 2017, in Rome, in one hour 56 pizza makers have made 1.500 pizzas; whereas in 2018 in Buenos Aires, 11.089 pizzas have been made in 12 hours by the Asociación Propietarios de Pizzerías y Casas de Empanadas de la Argentina.

By the way, do you know there’s the possibility to break the same kind of records in 24 hours? There’s an application form to fill on the Guinness website: no one has ever attempted it before.

Before the pandemic, even a pizza party could break a record: in 2019 the Istituto Romano di Pizza in Rome has gathered 1.046 people to have a slice altogether. Now, these kinds of events should be impossible today, right? Wrong: another American record was established in 2020, with 907 people eating pizza altogether during a conference call.

Pizza has always been popular among competitive eaters. Joe Chestnut and Pat Bertoletti, two of the most popular champions in the US, have been constantly beating each other with different kinds of food. In 2008 Chestnut ate 45 pizza slices in 10 minutes, but only a few weeks later he was beaten by Bertoletti, who ate 47 slices. Meanwhile, Kelvin Medina from the Philippines has entered the Guinness book eating a whole 12″ inches pizza in just 23.62 seconds. 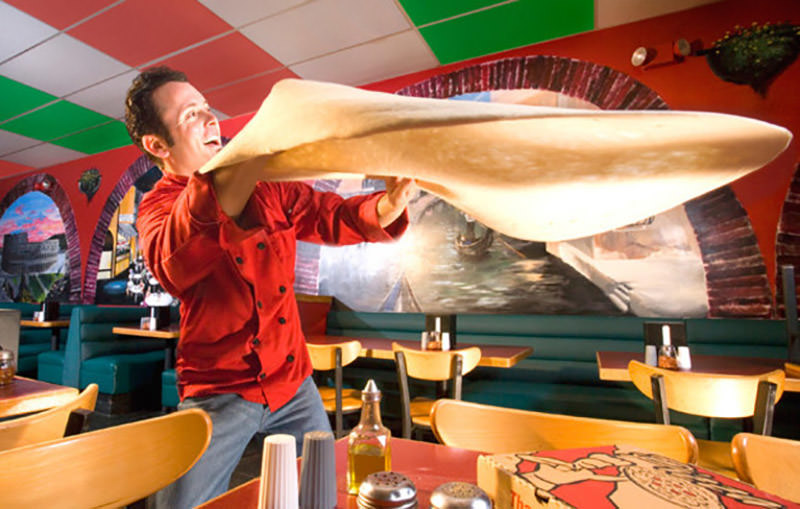 Some people are not even happy with only one record. Joe Carlucci, an American pizza maker, first broke one in 2006 for the highest pizza tossing, at 6.52 meters; then he broke another one in 2017, spinning a large pizza base – 72 cm (28.35 in) – for a minute. Famous pizza entrepreneur Tony Gemignani went even further: he spun a pizza base large 84.33 cm (33.2 in) for two minutes.

Some people can close pizza boxes at a high speed: Randy De Gregorio, from the States, closed 18 boxes in one minute in 2020, breaking a record that was previously held by Italian Alessandro Venoni (we lost again to the US). Some other people, instead, like to collect pizza boxes: Scott Wiener, mostly famous for his New York pizza tours, in 2013 entered the book with is 595 boxes from different countries. Speaking of this, Brian Dwyer from Philadelphia has set a record for the largest collection of pizza-themed items: 561 in 2011.

In 2016, to celebrate the opening of its 100th store in Tanzania, Pizza Hut arranged a special delivery: from its restaurant located at 745 meters, they delivered a pizza on top of Kilimanjaro mountain. It took four days, a special delivery backpack, and a team of professional hikers, to have the pepperoni pizza delivered at an altitude of 5.897 meters. Probably the pizza was a bit cold, but can you believe eating it with that landscape? 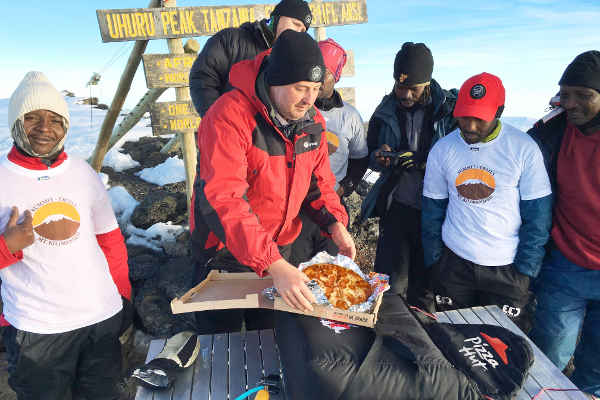 That wasn’t the first publicity stunt organized by the large pizza company. in 2001 they even managed to send a pizza to space. A delivery arranged for the International Space Station, made after a long study to understand how to preserve the pizza in a vacuum without losing all the flavors 60 days later. And you know what? That Italian salami was better than the infamous pepperoni at keeping their flavors. Too bad the Guinness judges couldn’t be there to certify the record, otherwise this would have been the highest altitude pizza delivery.

Other notable deliveries: on 4th July 2012 30.00 pizzas were arranged for US soldiers on several bases in Afghanistan. In 2006, the longest pizza delivery ever: from Madrid, Spain, to Wellington, New Zealand, covering a distance of 19.870 km.

We can’t but list the most expensive pizza in the world since nowadays prices on the menu are one of the hottest topics. In 2020, in Italy, a pizza called Figazza Luxury, made by Italian pizza restaurateur Dino Forlin in Vicenza, made the news: 2.000 euros was the price tag. The dough was proofed for 144 hours, topped with edible gold leaves, artisan burrata, and two varieties of caviar. The price also included a Dom Perignon bottle and it was served with golden cutlery: Italian newspaper advertised it as the most expensive pizza in the world. But that was incorrect. 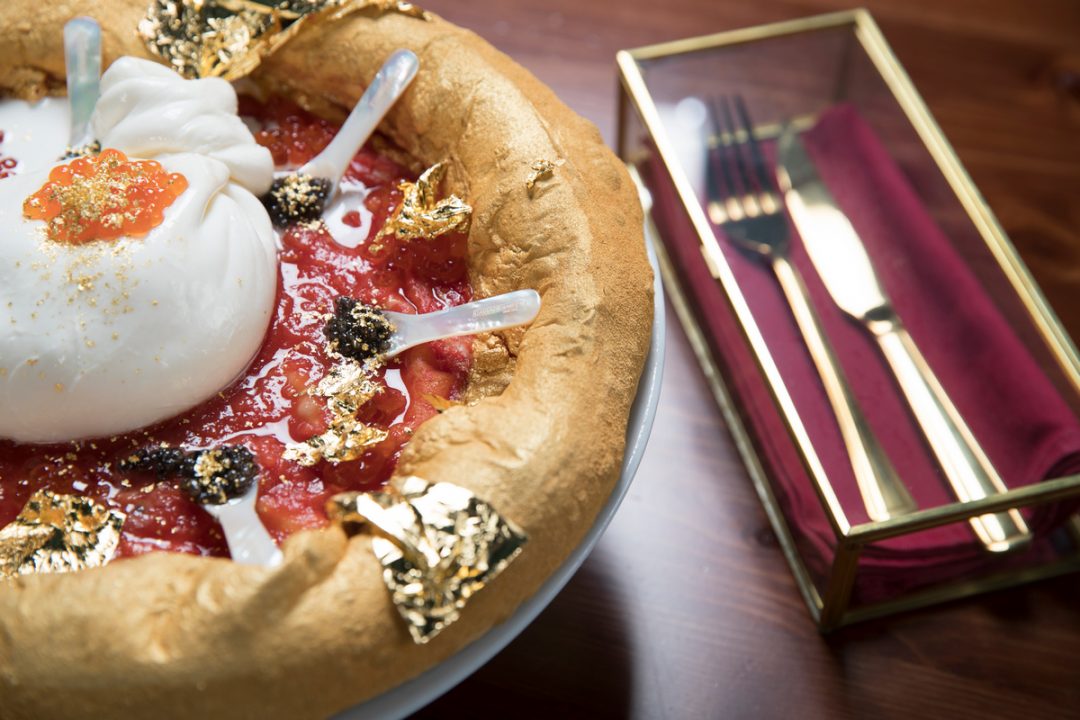 The official record was certified by the Guinness commission in 2017, at the Industry Kitchen in New York. The pizza was topped by a good amount of luxury caviar and truffles and 24k golden leaves: its price tag was $2.700.

Even more expensive, though, was the pizza made by Domenico Crolla in 2007 for the Casino Royale movie premiere. It was topped with luxury ingredients as well, but the reason its price was established at an auction: it was sold for $3.700.

Have you noticed a pattern, reading this article? Records were almost every time broken either by Italians or Americans. Maybe one day we should try to establish an even more important record: which of these two people love pizza the most?

Column by Giuseppe A. D'Angelo — 2 years ago
Tags: Pizza Features
Did you like the article? SHARE IT!